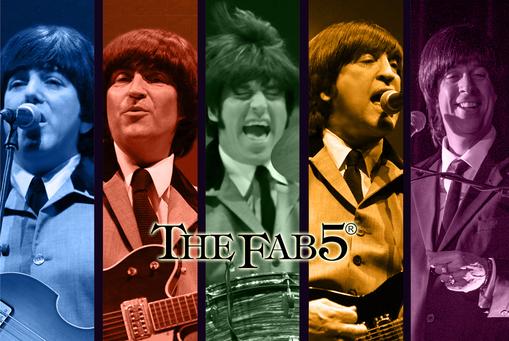 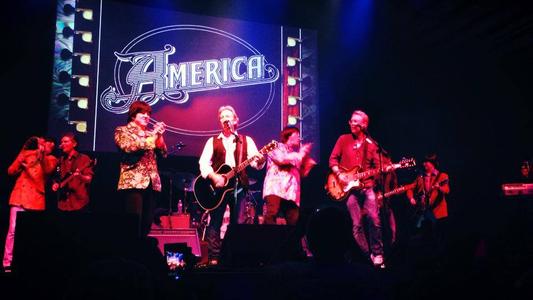 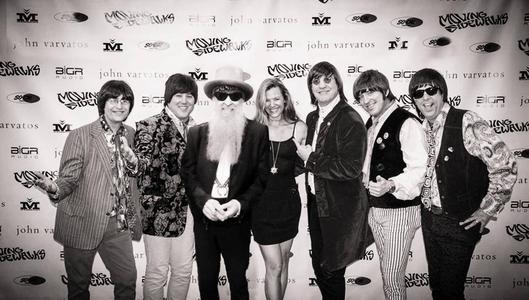 A desire to recreate the spirit & enthusiasm of the British Invasion and America's subsequent retaliation led to the formation of The Fab 5 in 1990. The Fab 5 is a Houston, Texas based Beatles Tribute Band performing the greatest hits of THE BEATLES, and the Pop Beat music of The 60's and 70's! With their timeless tunes, 60s period Beatles suits & Carnaby Street Fashions, authentic Hofner, Rickenbacker, Gretsch and Ludwig vintage Beatles instruments, vintage British valve VOX amplification, style and humor representative of the times packaged in tight, production based performances, The Fab 5 have gained recognition as a leader in the fun-oldies tribute market. The Fab 5 has been a fixture to the Houston Music Scene for over 27 years. It is a sincere dedication, professionalism, & attention to detail that have become hallmarks of The Fab 5, as evidenced by their impressive client list. Relive the days of BEATLEMANIA each time you see The Fab 5. They are not only a BEATLES TRIBUTE BAND, but one of the BEST 60s TRIBUTE BANDS in the nation. In October 2007, The Fab 5 were also featured in The New Musical Express in England as one of the Top Beatles Tribute bands in America (look under Fab Articles for Fab 5 Cover Story). Keep in mind not only do they dress up like The Beatles, they REALLY do sound like the Beatles and play these timeless songs note for note (listen to their sound samples) and use the exact instrumentation . And to top it all off, Joe's toured with "The Cast of Beatlemania"  now you've got One of The Best National Beatles Bands Around Town!

​The Fab 5 have had the good fortune to share the stage with national acts as: Billy Gibbons (ZZ TOP/ Moving Sidewalks),  Foghat, Blue Oyster Cult, Motley Crue, Three Dog Night, Steppenwolf, The Beach Boys, America, The Turtles, The Temptations, Peter Noone & Herman's Hermits, The Grassroots, Johnny Rivers, Tommy James & The Shondells, Chubby Checker,  Gary Lewis & The Playboys, Little Richard, Paul Revere & The Raiders, and may many more through the years. Whether it's a festival concert, private corporate function, high school reunion or a nightclub engagement, The Fab 5 consider it a great pleasure to bring to life some of the best music of the 60s, & 70s and to rekindle those special memories. To enjoy these anthems live and in color is what audiences of all ages have twisted, shimmied, and shook to for over 27 years (but who's counting?). Remember, The Fab 5 will always be "WHERE THE ACTION IS" and we look forward to seeing you at our next "SHINDIG".

WE ARE EXCITED TO SEE THE FAB 5 LIVE ON THE PARR FEST STAGE!