‘They can’t take away the word of God’: Trailer full of equipment stolen from church in Katy 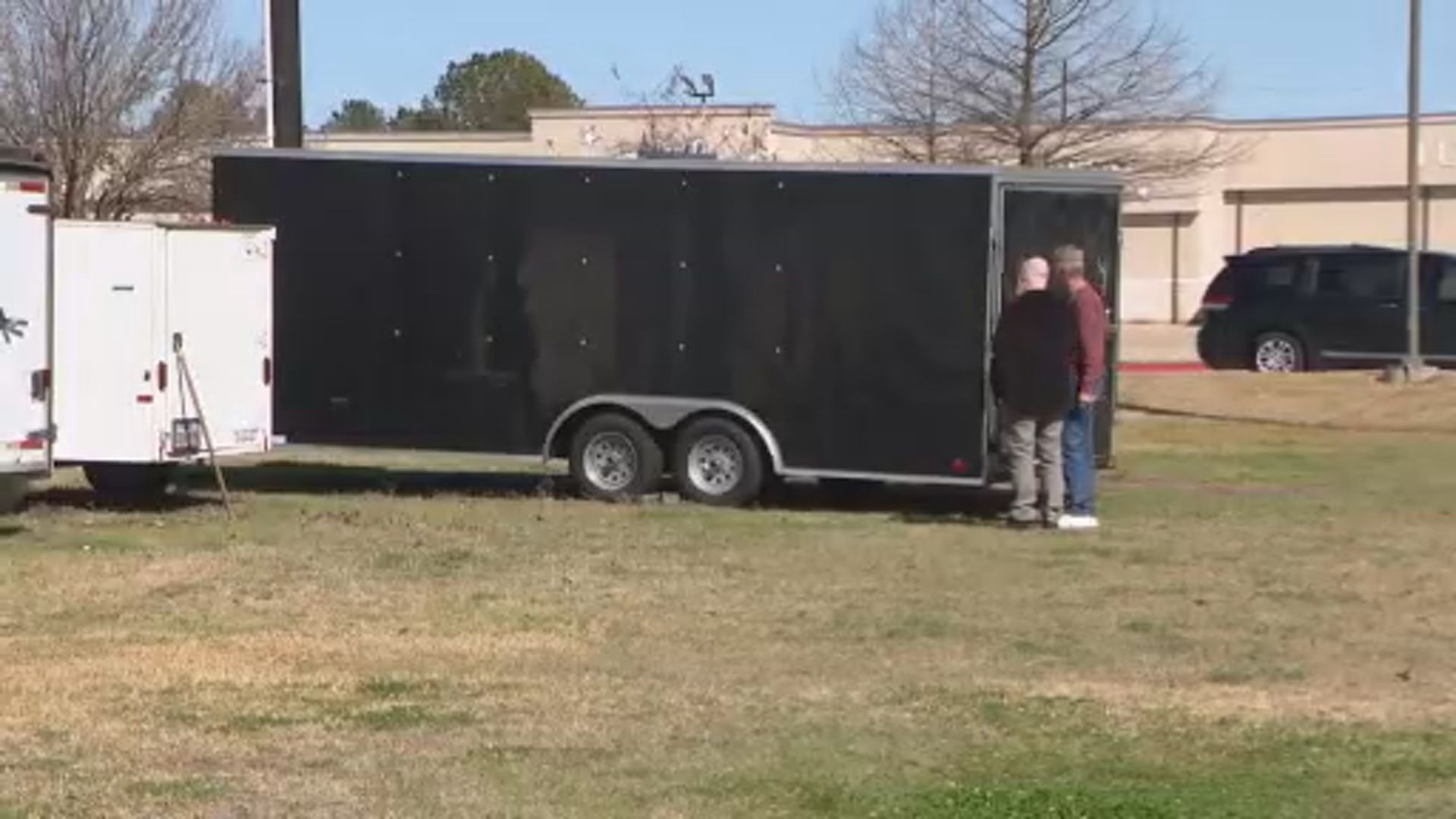 KATY, Texas – A Katy church is out tens of thousands of dollars after a trailer full of equipment was stolen. Band instruments, cameras, computers, and sentimental items, all gone.

Pastor Frank Hart says the thieves can keep the trailer. He just wants the stuff inside. They need it to run their Sunday church service.

“This is the kind of story God loves to tell, they meant it for harm but he’s going to use this for good,” Pastor Hart said.

An empty parking spot, some wood panels and dirt. It’s all that’s left behind after a trailer full of thousands of dollars in church equipment in Katy was stolen.

Pastor Hart says the trailer was full of everything needed to run their portable Sunday service.

“It had our lights, our sound, our cameras, our computers, our music equipment, our stage. It had our children’s ministry items, it had things that aren’t replaceable like a logo sign my dad handmade for our church,” Pastor Hart said.

They are still able to worship inside a Katy Elementary School without all of their needed items. It is not ideal because they are still not able to live stream to families at home. But Pastor Hart said they will make it work.

“We see it as a setback, but it’s not something we’re going to keep our attention on because the Lord is where the attention should be,” says church member, Kylie Hays.

And Pastor Hart has a message for the thieves who stole the trailer.

“I just want my stuff back, maybe you just wanted a trailer, keep the trailer give us back the stuff we need for church,” Pastor Hart said.

The value of what was taken is estimated at about $100,000. Unfortunately, it was not covered by insurance.

“When I saw it, I felt that God had jumped out of the TV and said ‘This is a story you need to get involved in,’” Hartley said.

Hartley added he wanted to help kick start the church’s fundraising efforts to replace the stolen trailer and felt it was important for him to do so in person. Hartley added if they can raise $1000 or more, he’ll match it by donating another $1,000.

“I’m very touched by your generosity, by your kindness. This is going to go a great distance in helping us to recover to the ministry that God has given us to do,” Pastor Hart said.

Hartley said his desire to help stems from a second chance he was given after a scare with prostate cancer. It changed his life.

“My biopsy was negative and he came through for me and that was a miracle. That’s one of the reasons why I wanted to help you guys out so much,” Hartley said.